DEM’s 2nd single “Fool’s Gold” has been picked up by Tom Robinson at BBC6 playing it on his great show 10/06/17. The song was scheduled for release when the Brexit negotiations kicked off but then the PM announced a SNAP ELECTION so SNAP SNAP we put it out early, a week before the General Election 2017. Thanks Tom for your support!! ✊

Anthony Katz said in his article for Forbes “Picture a world where fans could hunt exclusive content from an artist’s upcoming release, similar to Pokemon Go”
That’s exactly what DEM did by releasing their record “The Axe” in Augmented Reality. Read more 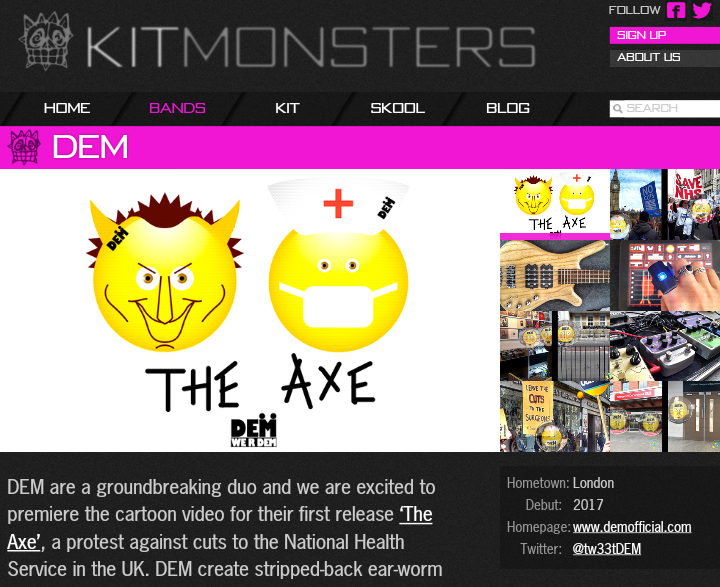