The Axe, DEM’s debut music single has been released in Augmented Reality in collaboration with mobile app Traces. 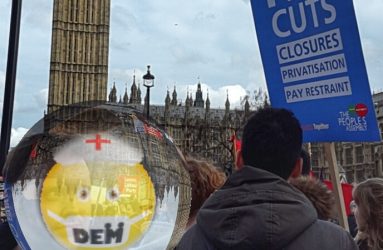 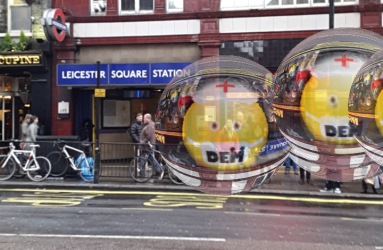 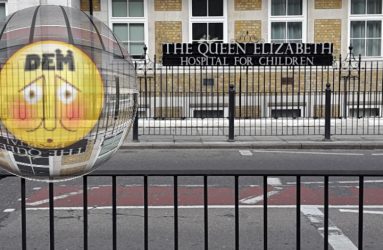 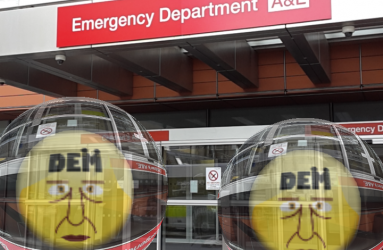 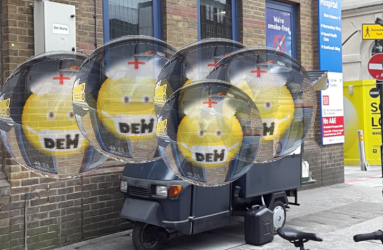 The Axe’, DEM’s debut song protesting NHS cuts has been released in Augmented Reality along the route of #ourNHS demonstration marched by 250,000 in central London on March 4th 2017.

DEM have taken inspiration from Banksy whose political art works are placed on location. Placing ‘The Axe’ on location strengthens the message in the music.

Traces or ‘DEMbubbles’ containing ‘The Axe’ are also found floating at London hospitals several of which reveal additional personal stories spoken by DEM. The story left at St. Charles’ is of almost dying aged 9, the one at UCHL describes a trip to A&E following a motorbike accident. There are 8 stories to ‘collect’. At the end of each story, people are invited to leave their own voice of gratitude and support for the NHS.

This immersive experience allows the audience to engage in a fun and innovative way. It also allows people to become part of the Art rather than simply consuming the music. And this is an important subject, so the project champions the People’s voice.

How to get ‘The Axe’ & leave your Trace

Read more about the story behind the song